The gift of sleep is one of the most precious gifts you could give to yourself and your loved ones this holiday season.  Starting on Black Friday, we have some great deals to offer thanks to several promotions sponsored by our vendors. 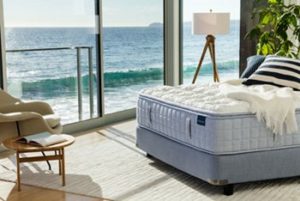 For the entire month of December, get 20% off any purchase of an Aireloom mattress and experience the famous Aireloom lift. Aireloom mattresses have been made in southern California for over 75 years and were first well known by Hollywood actors, such Ronald & Nancy Reagan who slept on Aireloom in the White House.  Aireloom is not a company to rest on its laurels and is still as luxurious as it was years ago.  Their innovations and patents continue to set the standard for the mattress industry, such as the Aireloom lift. 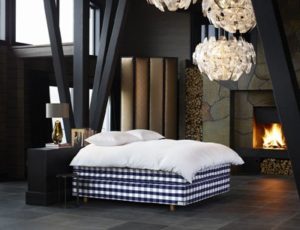 Through Christmas Day, Hästens is offering a free accessories gift package with the purchase of each bed. Examples of items offered in the gift packages include pillows, duvets, and bed linen sets.  Hästens, which translates to horse in Swedish, have been handcrafted in Sweden since 1852 and were made purveyor to the Royal Court of Sweden on their 100th anniversary in 1952.  The company name is a tribute to their heritage as saddle makers and also one of the principal ingredients in their beds, springy and resilient horsetail hairs.  Hästens blue check has become famous all over the world as a symbol of quality. 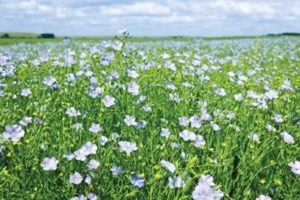 For the entire holiday season, get a 25% discount on all Spink & Edgar mattresses.   Photo is a field of flax flowers from the Spink & Edgar farm in the northern England countryside, where many of the ingredients for their mattresses are grown.  Their farm also has their own flock of sheep that provide the wool.  Check out our Spink & Edgar page to watch a 360 degree virtual tour video of the farm. 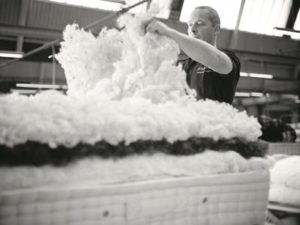 Vispring is an English brand built in Plymouth that traces its history back to 1901.  Vispring built the first split tension mattress for Princes Charles and Lady Diana when they were expecting their first child, Prince William.  They were also the pioneers of the individually pocketed spring.  Wool, cotton & horsetail are some of the awesome natural ingredients used to make these beds.  On sale for 20% off this month.